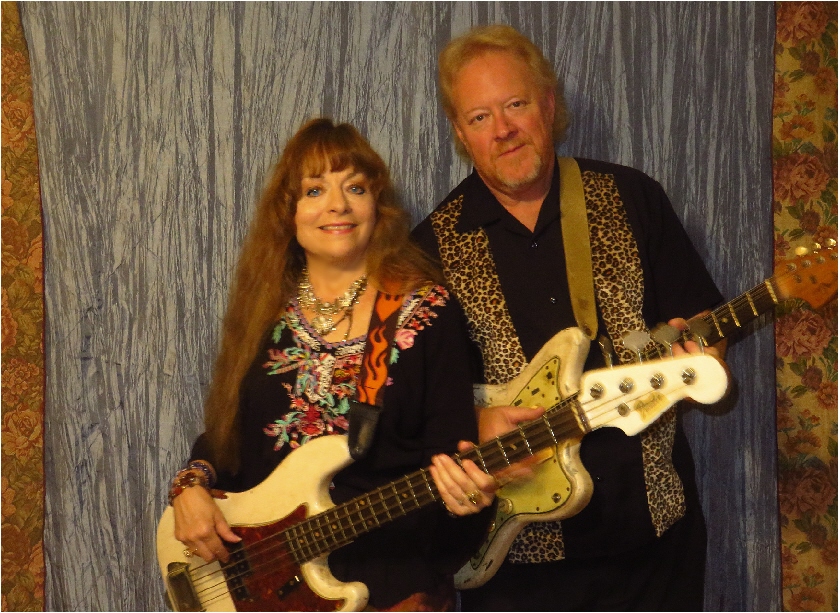 The King Bees, Rob "Hound Dog" Baskerville and Penny "Queen Bee" Zamagni call the mountains of North Carolina home, but travel the world with their Blues and American Roots music. This year marks the 30th anniversary of the band and also the 15th year of New River Blues Festival (held annually in their home county) which they created and produce.

The King Bees have performed on festival stages in such European capitals as Paris, Rome, Amsterdam, Stockholm, and London and have taken their internationally-acclaimed show across numerous countries. Their love of American Roots music has carried them to shows in Mississippi jukes joints as well as to several performances at Lincoln Center.

In the mid-1980's Baskerville and Zamagni began traveling the deep-South looking for and mentoring under Blues artists of historical, cultural, and musical significance. Many blues greats took them under their wing and nurtured and guided The King Bees toward the sound of authenticity. With Baskerville on guitar and keys and Zamagni on vocals, bass, and as song smith, The King Bees honed their art with many Blues masters. By 1990 they had been touring and recording with some of the most culturally important of Blues artists. In the early 1990's they were signed to a European label and began touring internationally.

The King Bees have toured and recorded with Carey Bell, Jerry McCain, Nappy Brown and many other lions and legends. They collaborated with Rock n' Roll Hall-of-Fame member Bo Diddley and were featured on The B.B. King Birthday Tour. The King Bees have shared the bill with Dr. John, Buddy Guy, James Brown, Leon Russell and a host of other legends.

Known for their professionalism, and exuberant, soulful performances, the King Bees take the stage and touch hearts and mightily move spirits.

*"Queen Bee Zamagni belts it out with the best, backed by a superb band highlighted by the burning riffs of Hound Dog Baskerville." The Charlotte Observer.