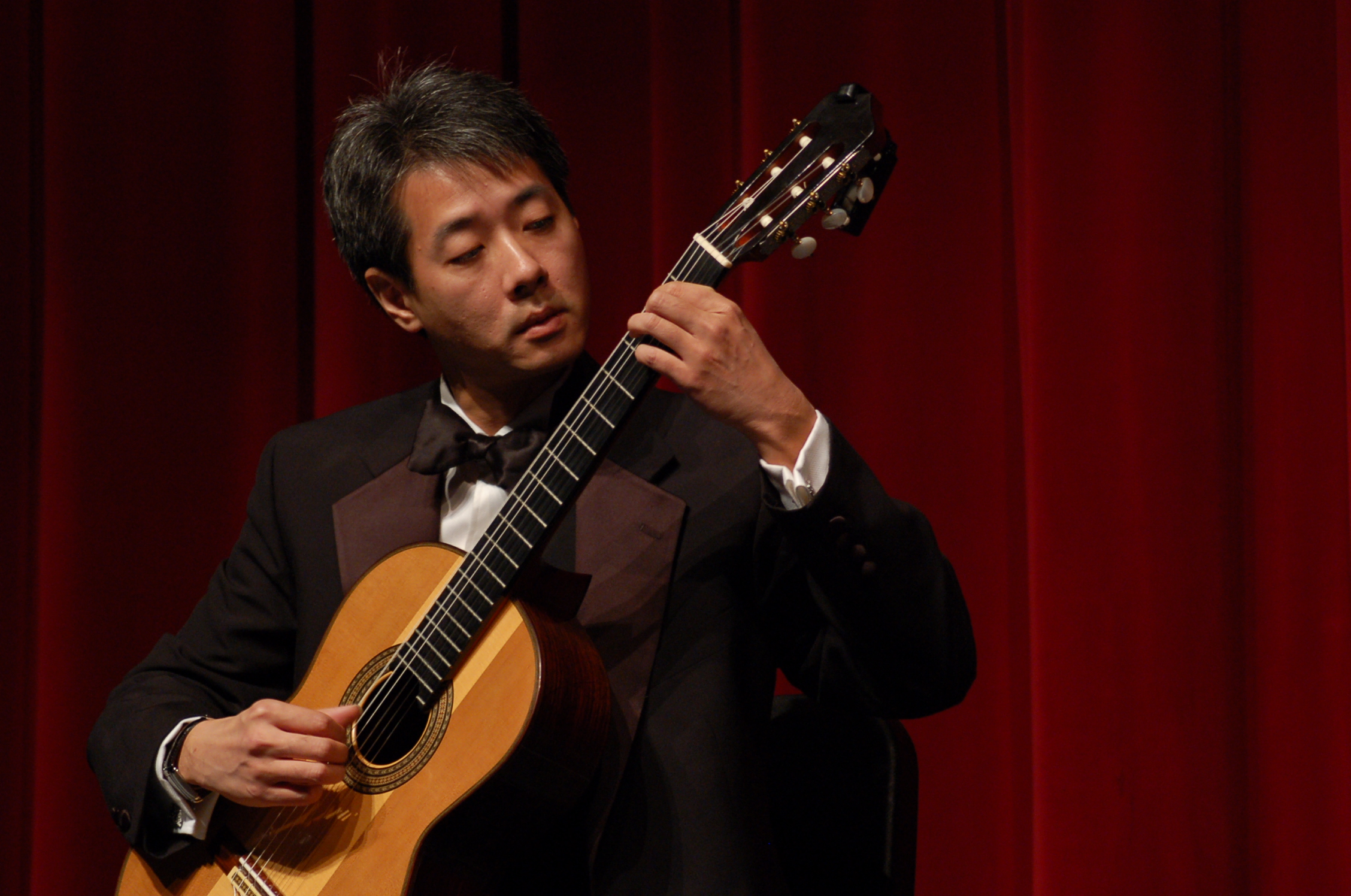 An artist with a reputation for embodying both depth and precision in his playing, guitarist Patrick Lui has established himself as both a notable performer and a gifted teacher.

Patrick Lui is as comfortable with being a teacher as he is with being a performer.  Lui has taught at Arizona State University, Salem College, Catawba College, North Carolina School of the Arts, and Forsyth Technical Community College.   He currently teaches at the Weaver Academy for Performance and Visual Arts.  Dr. Elliot Frank, Professor of Guitar at East Carolina University, writes, "Over the past few years I have had the opportunity to hear, teach, and judge students of Patrick Lui at various events around the country and I have found him to be an outstanding teacher of young guitarists. His students have consistently excelled in regional, national, and international competitions. Most recently two of his students won prizes in the Guitar Foundation of America's inaugural youth competition, an event of international significance. Not only does Patrick provide the highest quality instruction for his students, he is equally committed to the personal and emotional growth of his students. I know of no other teacher who produces such consistently high results with such young students."

"His playing demonstrated not only virtuosity, but also a lyric beauty and silky smoothness that I have rarely heard in other guitarists. He is an artist that this community should treasure, and I hope, will hear more of."
- W. Gerald Cochran, Salisbury Post

"Patrick Lui is one of the most promising musicians of his generation who also possess a rare gift in teaching."
- Professor Frank Koonce of Arizona State University

"Patrick Lui is an artist of depth and precision. His playing is at once colorful, lyrical and technically dazzling. I have had the pleasure of hearing and teaching many students of Patrick Lui over the years.  I am continually impressed by their facile technique, musicianship, consistency, and attention to detail.  After hearing so many fine young performers who have studied with Mr. Lui, one can deduce that his students' numerous competition victories are not coincidental.  He is surely one of the most dedicated and insightful instructors of young guitarists in the United States today."
- Dr. Andrew Zohn of Columbus State University

"Patrick Lui has developed a well-deserved reputation for working so successfully with young guitarists. With great joy and pride in his work, he has  undertaken a position in the guitar world which requires not only a vast knowledge of the instrument and its repertoire but also a special talent for relating these complex and detailed matters to young people.

"I have had the great pleasure of adjudicating a number of Patrick Lui's young students at guitar festivals throughout the United States. They have demonstrated a truly outstanding level of accomplishment due in part to their innate abilities but also to an obviously high level of preparation, training and coaching under Patrick’s tutelage. They play with a maturity, poise and professionalism which can only be imparted through excellent teaching."
- Jeff  McFadden of University of Toronto