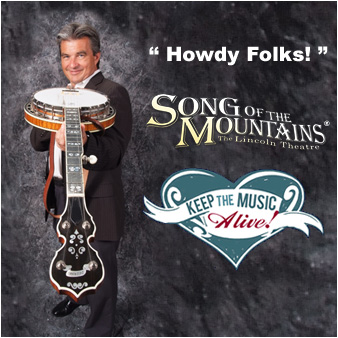 Tim's musicianship gained a following and he has fronted several bands over the past two decades, including Troublesome Hollow, The Beagles, and currently the VW Boys. The VW Boys perform music, magic and comedy. www.vwboys.com

Tim's interest of recognizing, preserving and perpetuating the historic music of the area led to recruitment of others of a like mind and an organizing of the Appalachian Cultural Music Association. appalachianculturalmusic.org. Tim currently serves as ACMA president and uses his many talents as artist, businessman, musician and radio announcer to further the aims of the ACMA. He has organized concerts and contributed his time and efforts to promote the music and the message. The ACMA helps to support the Mountain Music Museum, which Tim helped found, in 1999. The museum is dedicated to preserving the heritage of the music which was born in the Southern Appalachians.

As a public figure, artist, musician and radio announcer, Tim White has unselfishly contributed time, effort and energy to support and promote the music and the musicians of the region. Tim has been in radio since 1990. He has a syndicated radio program featuring bluegrass music, old time music and comedy which airs in the U.S. and streams on the internet via many of his affiliates. He has one of the most popular Bluegrass radio programs in the Birthplace of Country Music Region "The Bluegrass Show" on WAXM (FM 93.5). He is on every Saturday from 9 am 'till 12 pm. He has a full slate of sponsors who support his program. To quote Tim, he says, "I'm truly a blessed man".