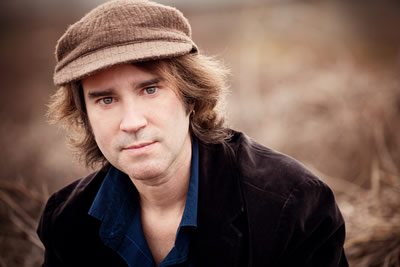 If "Doug Davis" is not a familiar name to you, it's likely that you've run across his music at some point. As a producer, he's worked with a long list of independent and up-and-coming New York and North Carolina artists and bands. As a composer and songwriter, he's had music placed on literally hundreds of television shows, from "Dateline" and "The Voice" right on down to "16 and Pregnant." As a bandleader and member of working regional bands including the Plaids and the Vagabond Saints' Society, he plays 100+ nights of the year on the road. But as a solo artist, he keeps a lower profile.

A little folk, a little rock, indie, alt-country, Americana... but it's all about the songs. Doug and his band, the Solid Citizens, have settled into a beautifully seamless style that's unassuming and comfortably road-worn, caked in North Carolina clay and fashioned from the intertwining melodies of Lee and Susan Terry's guitar, mandolin, and viola arrangements, built on the bedrock of Ken Mohan and Dan DesNoyers' rhythm section work.

Video of Doug Davis and Susan Terry at River House: