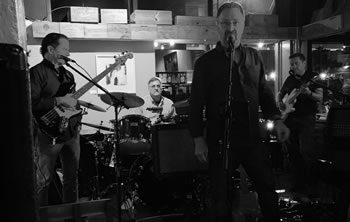 The ARDMORE's began entertaining audiences in 2004. They have played all over Southeastern United States. They have played at festivals, wineries, clubs, pubs and the like. Dan Wilson, founding member of the group, plays guitar and handles most of the singing. His style flows easily from heartbreaking ballads to blues, then to gritty soulful rock. Grant Blair brings an impeccable and exciting electric guitar vibe to the mix. Grant has played professionally all his life, doing shows all over the country, and teaching guitar when he's not playing. Steve Ware is considered by many to be one of the most talented bass players in North Carolina. He has played professionally for many years, and can do so in any musical style you can imagine. Steve holds down the bottom end with verve and tremendous tenacity.