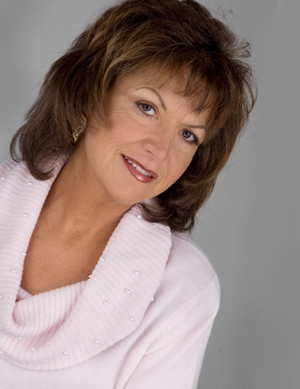 Over the past three decades Maddy Winer has enthralled audiences with her inimitable, recognizable voice. Maddy attributes her successes to her love of the Great American Songbook, jazz standards and the pop music of her youth.

Born in New York City, Maddy grew up surrounded by her large Italian family. Her parents had weekly family gatherings featuring a feast of food and non-stop music. At the age of three she performed at the Winter Garden Theatre in New York City.

Once she experienced the thrill of stage performance it became her lifelong passion.

Maddy also toured as a headliner in the stage show "North Carolina Is My Home," written by and starring Loonis McGlohon and Charles Kuralt. The performances were so successful that NPR created and aired a television special "Loonis McGlohon & Friends" which featured Maddy.

Maddy has headlined concerts at Lincoln Center in New York City. the Fontainebleau Hotel in Miami Beach, the Saint Louis Symphony, Saint Lawrence Centre For The Arts in Toronto and countless venues in between. Maddy's opening act performances include Dave Brubeck, Lou Rawls, David Sanborn, Joe Sample & The Crusaders, George Shearing, Al Jarreau, Ellis Marsalis, John Pizzarelli, Diane Schuur and a host of others who introduced her to a loyal following of music lovers from all genres.

For more information on Maddy Winer